Quick update, the Vampire (day 20) is being discharged, she is doing well!

Cute little Elsa (not her real name), 4 yrs old, came in about 9 days ago with a limp.  Mom said she didn’t want to walk.  4 year olds don’t fake limps.  If they are limping, there is something wrong.  Adult men may limp, but it can sometimes be because they are trying to garner the affections of their woman, or they are trying to get out of helping their friend move, or rarely they are cooking up a nice little L & I case at work.  Sometimes, it’s just because they are weenies.  But 4 yr olds, no way.

Quick side note, I still remember 2 year old Anna (not her real name) who came to my office in Selah, WA with a mild limp.  She had been doing so for 2 days.  I did an X-ray and we found a 2 inch sewing needle lodged perpendicularly in her flesh.  We pulled it out and she was fine.  Kids are tough!

Apparently Elsa had fallen a couple weeks earlier and started limping thereafter.  I did some X-rays and they looked fine, so I was a little puzzled.  I asked mom and Tia (her Aunt) about fevers or other symptoms, and they denied it.  She passed the eye test, so even though I didn’t have a great answer, I sent her home with some anti-inflammatory medicine and a plan to come back in a week.

She came back yesterday, and I repeated her exam.  She still had pain in her hip, but now she also had pain in her abdomen (her tummy).  Down low.  And to the right.  Any guesses?  She also had a fever now.  I gave her a shot of Vitamin C (our nickname for ceftriaxone, a fairly potent antibiotic) and sent her for an ultrasound.

She returned today, feeling about the same, but with lab tests that showed she might be a tad sicker.  Also, the ultrasound confirmed my suspicion, she had a small abscess in her pelvis.  This most likely represents a perforated appendix, although it could be in the muscle as well.

Interestingly, most people who present to the hospital in the United States are treated with a prompt Appendectomy (cut it out).  Here, and in much of the world, we often take a first shot at it with antibiotics and time, if it is not more severe, or there is not suspicion of perforation.  More than half the time, it will get better with this approach, and surgery is averted.

So, Elsa will hang out in the hospital for the night getting stronger antibiotics (Vitamin Z –Zosyn) and some tender love and care.  We’ll see how she is in the AM.

Photo of the day:

Juliet jumps in the river, above Bambu Falls 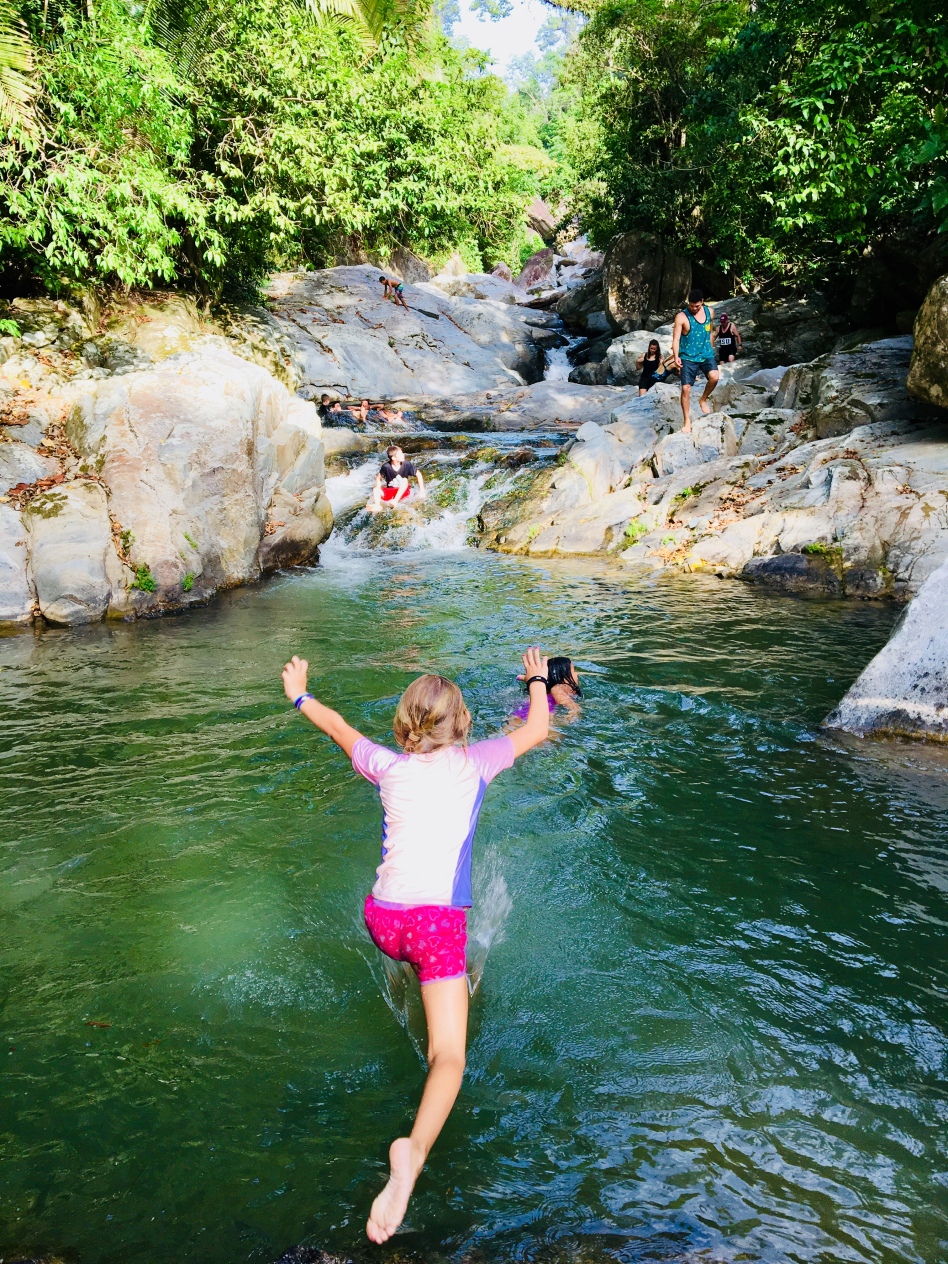