I have been holding onto this story for quite awhile, mainly because it is delicate, disturbing, and I just wasn’t sure I could honor it with words.  But it focuses on a condition that exists throughout the world, and has been dealt with in many terrible ways over history.  My instinct, as a person who enjoys humor, is to soften the topic with light-hearted joking.

All doctors have ways of dealing with the burden of the world of medicine.  Making witticisms is one of my ways of coping with this stress.  Sometimes, as we are running a code, I just want to crack jokes.  Again, when you are dealing with life and death moments, something has to give sometimes.  As a group we will occasionally engage in some light gallows humor, and we have to be careful that we don’t laugh.  Especially when there is a language barrier, we would never want the patient’s family or friends to think we were making light of the situation.

So let me quickly get the chuckles out of my system: 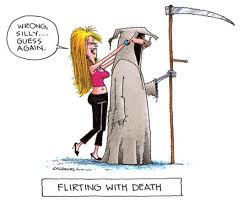 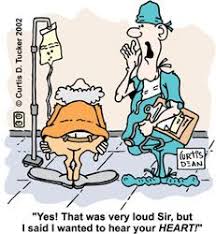 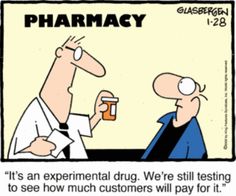 OK, no more humor from here on out…

This post gets a little graphic, anatomically and emotionally, so be forewarned.

I was called to the ED one Saturday morning to see Matteo, 40 yrs old (not his real name).  As is often the case, I was a little confused regarding his chief complaint;  Something about severe pain in his abdomen, and an injury to his penis.

I found Matteo on the gurney, looking fairly relaxed.  He was a very poor historian, telling me that he had severe pain in his pelvis, which didn’t fit with his calm demeanor.  He said there had been an accident.  I could see that he had some bloody towels covering his boy parts, so I put some gloves on and took a peek.  It took me some effort to clean up the blood, and to mentally grasp what I was looking at.  I expected to find some sort of traumatic injury to his genitalia.  Instead, I saw a fairly clean and precise incision on the underside of his penis, that went about 2/3 of the way around it.  Unfortunately, it went through his urethra (the hole that urine negotiates), which complicated matters.  This meant I had to call in my buddy, Dr. Dave (Surgeon).

While waiting for Dave’s arrival, I continued to try and get a better history, but it was not forthcoming.  His brother accompanied him to the hospital, and he indicated that Matteo had done this to himself, although it was still a bit unclear if it had been an accident.  I started prepping the wound with antiseptic and anesthetic, to get things started for Dr. Dave.  I had a suture kit laid out, and the thought occurred to me to keep the scissors  and syringe well out of reach of Matteo.

Dr. Dave arrived and took a look, and he thought the wound looked fairly calculated.  In his experience, the only time he saw wounds like this were in clinically psychotic patients.  Already numb, Matteo was agreeable to our intervention.  Actually he maintained a smile on his face throughout, which in itself was strange.  We put a Foley catheter in him (a Sonda/Probe, see Day 10 for perspective) in order to protect the urethra.  Dave repaired the wound, and I put him in the hospital for observation.

His brother said he had ‘Convulsions’ a couple times in the past 10 years, but couldn’t elaborate on what that looked like.  In retrospect, I should have given him some antipsychotic medicine on the spot, but he was acting so docile that I dragged my feet.

About an hour or two later, as I was sitting in my office doing some administrative work, I heard the nurses yelling over the radio about someone running naked outside.  I instantly knew what was going down.  I bolted for the back entrance of the hospital, radio in hand and calling for backup.  It was a Saturday, so there were very few people about the campus, which meant help was a ways away.

I spotted Matteo running along the dirt road in back of the hospital.  His gown was flapping in the breeze, revealing his nakedness underneath, and the Foley bag was skipping along the gravel.  I shuddered when I saw him yank the catheter out of himself.  I imagined the bulb of the tube shredding the urethra and Dave’s handiwork as it was evacuated (we were relieved, later, to find that the bulb had exploded before traversing his urethra, thus causing no harm).  My skin began to crawl, however, as I heard him screaming “Mátame! Mátame!”  (Kill me!).

When he saw me, he stopped in the road for a minute.  Then, he jumped up in the air and twisted his body in an effort to get his legs above his body, and crashed down on his head in the dirt.  Sprinting, I was able to catch up to him and grab his arm, and hoist him to his feet.  He looked at me with sincere anguish and started pleading, “Doctor, Kill me!  Kill me!.”  I led him toward the hospital entrance, and we made it in the door before he launched himself into the air again, slamming his skull against the ground with a sickening thud.

I held him down now (Thank the Lord he wasn’t a big man), but now he started bashing his head against the concrete-backed tile, over and over.  I managed to get my arm on top of his head and hold it firmly so he couldn’t repeat the torture.  My goal was to get him to the infirmary where I could solicit help from the nursing staff.  I was biding my time, hoping others would respond to my radio cries.

I got him up again and rapidly strong-armed him to the infirmary foyer, where he launched himself in the air for a third time.  At least now I was in the right location for timely help, and the reinforcements start to arrive.  Four other missionaries converged, helping me hold him down and grabbing meds.  We hit him with everything we had:  Midazolam, Haldol, fluphenazine, hydroxyzine…  He was poked from all angles, and finally after some minutes, he stopped struggling.  We eventually put him back in his bed with restraints and One-on-One supervision.

For another hour he continued to beg us to kill him, all the while attributing the pain in his belly as the source of his torment.  It is fascinating how mental health is almost always linked with physical manifestations of pain.  The remedy for Matteo’s pain, in his mind, was self-mutilation or death.  In many other people, it is cutting, drugs, and other addictions.

Now we were in a a difficult situation.  We had a patient who was capable of doing horrific actions, and we could only confine him with makeshift bonds, and pharmaceutic sedation.  I was worried for the safety of our staff and the other patients.

His family came the next day, and confirmed that throughout the years he had demonstrated some unusual behaviors (again, they described them as ‘convulsions).  We discovered he occasionally heard voices, and his ‘belly pain,’ was often a manifestation of his mental illness.  He also did not hold a job, being supported by his family for the most part.

We sent him home with close supervision, after giving him a long-acting shot of an antipsychotic medication and receiving pastoral prayer and counseling.  He followed up a week later for his injury and to see how he was fairing from a psychological standpoint.  He was doing well.

I wish I could say that I have continued to see him throughout the last couple years, but we lost him to follow up after a month or two.

I think the world is just beginning to bring into the light diseases of psychosis, and other mental health disorders.  I am convinced that the path to recovery for those challenged with mental illness is best addressed from many angles.  Spiritual and emotional counseling, physical exercise, and medical/chemical treatment.  Each individual strategy is helpful to a degree, but if one employs all four they will have the best results.

The connection between psychosis and spiritual oppression is a whole other vast topic, and I haven’t fully worked it out in my mind, yet, the exact relationships.  I believe Jesus can heal any mental Illness (See Mark 5, which is an impressive display of his sheer power).  But I also believe He can heal diabetes, and yet He generally chooses not to in the majority of mankind.  I have also seen how medications can profoundly change the course of mental illness, and so I wholeheartedly believe in treating it chemically.  I will continue to ponder this, and try to treat all those who deal with these diseases with the utmost compassion and empathy.

Prayer request:  Continued prayers for Daphne, I think we are going to try pericardiocentesis (pull fluid out of the sac surrounding the heart) tomorrow, to see if we can give her a little symptom relief.

VIDEO/ Photo of the day…

Some of the missionary boys got called up from the minor leagues to Join Dr. Isaac and Anne for Worship Band this AM.  They made it to the BIGS!  Will (our son, Mandolin), John Alexander (guitar), and Josiah Alexander (violin)