Let me tell you about another horrible disease.  There are not too many “Dermatology Emergencies.”  When you’re at the hospital, you never hear an urgent page overhead screaming, “We need a dermatologist in the ER, STAT, dammit!”  Or when flying, it’s not common for the stewardess to ask if there’s a dermatologist onboard that might see to the needs of the passenger in seat F of row 17.  While many a 15 year old girl’s acne eruption may seem to be an emergency, usually they can wait a couple days to an appointment with the dermatologist.

All kidding aside, and no disrespect to my dermatology friends (Jason!), there are a couple skin conditions that can certainly be very urgent.  Unfortunately we have a little boy that we are caring for now that has one of them.  Epidermolysis Bullosa, EB.  It’s a genetic disorder that results in extremely fragile skin.  Kids who have it are sometimes nicknamed “butterfly children,” as their skin is as fragile as a butterfly wing.  In it’s more severe forms (such as the kind our little guy has), it can be devastating, disfiguring, and in a third world country it will likely lead to an early demise.   Just picking the child up and holding them can lead to his skin blistering and peeling off where he has been touched.  Diapers wreak havoc as they rub and abrade.  Crying can even lead to irritation of the skin in his throat, with subsequent peeling.  There is no cure or treatment for this disease, so I would ask you to pray for this family, and for us, as we care for him.

We have a fellow at the hospital who got shot up.  Apparently it was a dispute over his ‘banana orchard,’ according to his friend.  I think these were some really special bananas.  He was left with 4 gunshot wounds, two of which were fairly serious.  I don’t think I ever really get the full story behind most of these incidents, so I’m left speculating.  In this instance, if by ‘bananas’ he means ‘drugs,’ then this story makes a lot more sense.

In regards to the nastier wounds,  One of them went through his knee, shattering the end of his femur and kneecap.  The other, more serious one, went through his back and lung, and lodged just behind his sternum (chest bone).  This one could have killed him, and would have, if he hadn’t come to the hospital.  Several units of blood and a drainage-tube-in-his-chest-later, he is doing very well.  Moreover, he has been ministered to daily.  Yesterday he had his leg fixed, and he will make a nice recovery.  Time and again, I see people who will get a new shot at life.  He could have (and probably should have) died, but he didn’t.  What will he do with his new life?  It’s our hope and prayer that he walks down a different road, chooses a new life, and follows a new leader. 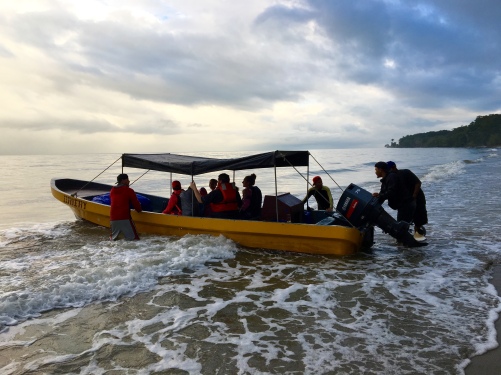 You may or may not have seen a little bit of the drama going on down here in Honduras.   We just had a presidential election, and both sides declared that they won.  Anyway, there have been riots and protests, road closures, curfews, and some violence in the cities. Out here in the jungle we haven’t felt much of the repercussions, but it has interfered with some of our grocery runs and travel of visitors.  Rest assured, however, that we feel very safe where we are.  But please join us as we pray for this country.

Here’s a pic of the Stockton family circumventing the road.  Just an hour or 2 boat ride to get around the road closures, and they’re off to the states. 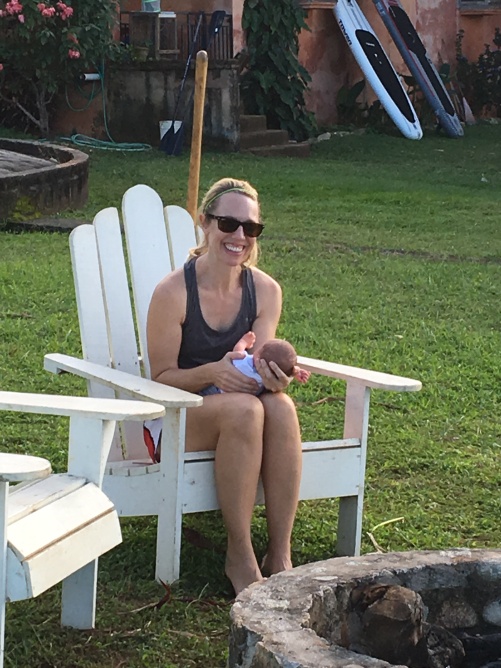 So, this happened while we’ve been down in Honduras.  Yep, We had another baby.  His name is Gideon.  Doesn’t Heidi look great!  OK, lies…  The Hotz family actually had the baby, Heidi’s just logging some ‘baby-holdin’ time. 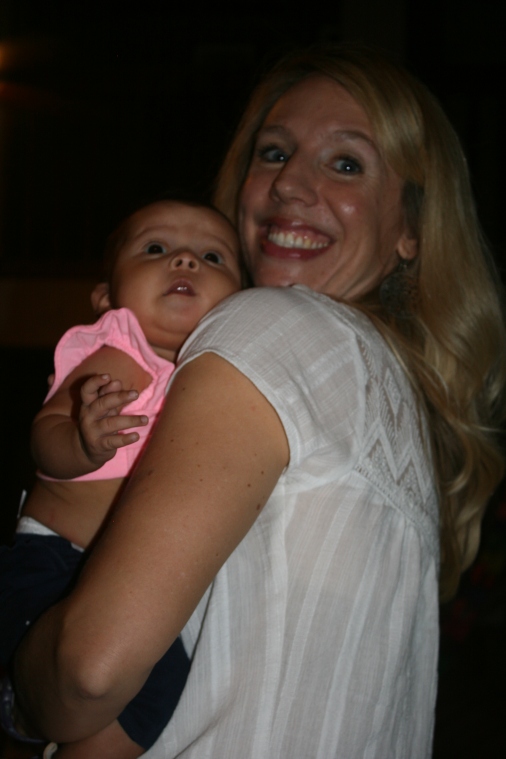 But this one is ours.  Yep, we adopted a child, isn’t she sweet?  OK, more lies, sorry I can’t help myself.  More baby-holdin’. 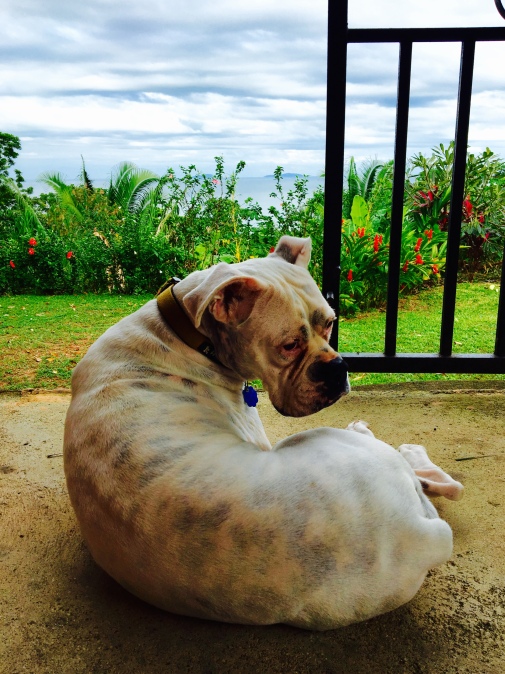 This is our dog “Riah,” short for ‘Mariah.’  She is a great example of how God takes care of  all your needs, even if they may seem inconsequential.  When we decided to make the move down here to Honduras, one would think our biggest concerns would be safety, logistics, language, etc.  These were issues, certainly, but the one that plagued us the most was the situation of our beloved pet, Riah.  Heidi lost sleep over this, and gave it to the Lord.  Unsolicited from us, our sister-in-law’s parents (Thanks, Mike and Rose!!), incredibly and generously offered to care for her in our absence.  Talk about an answer to prayer!  And when 4 months turned into a year, which turned into 2 years, it was finally time to bring her down here.  They gave her a wonderful home (probably better than we did…) and helped demonstrate again, how the Lord can take care of every detail. 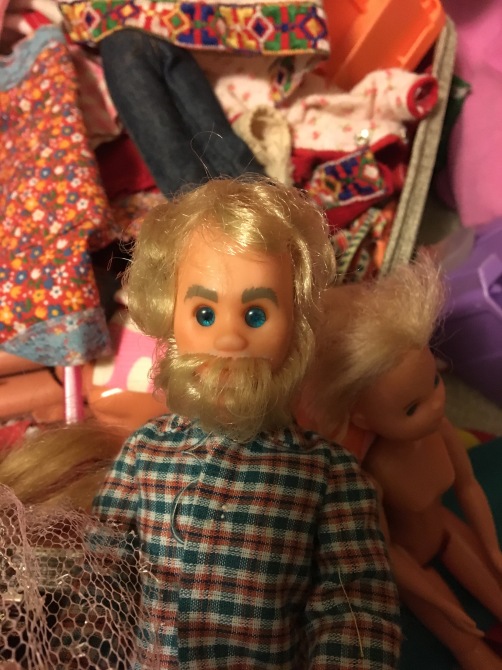 OK, those of you with squeamish stomachs may want to skip over these next several photos.  While we were in the states visiting, Heidi pulled out her family’s childhood collection of dolls.  Juliet was eager to play with them.  Let’s just say that I’m still disturbed to find out that these were considered reasonable play things for children.  To me, they are the stuff of Horror Movies… 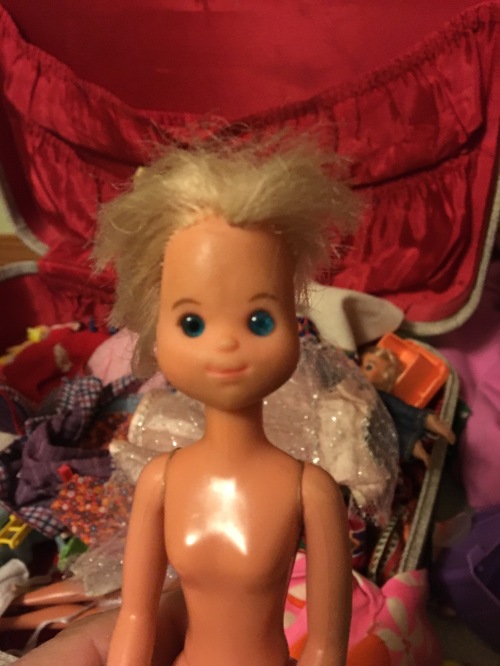 She wants to play with you… (cue psycho music) 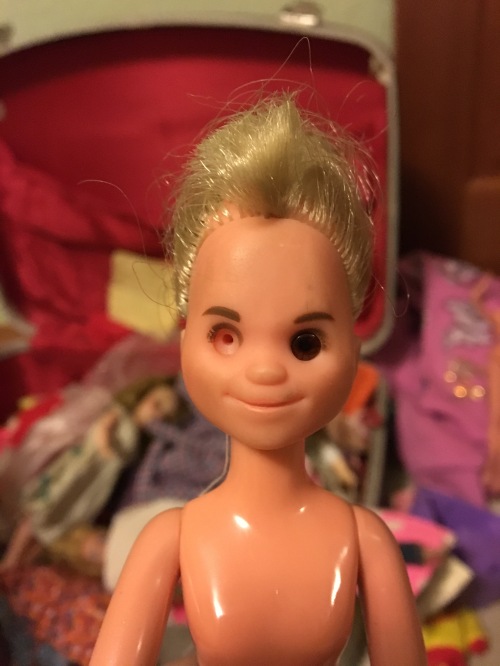 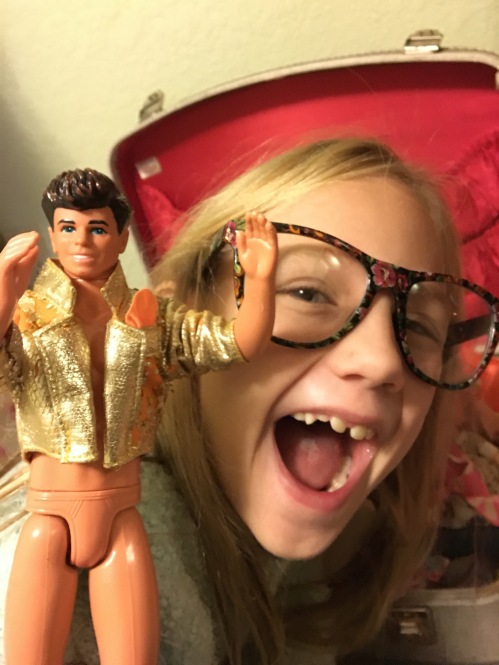 At least this guy is wearing ‘underwear.’ 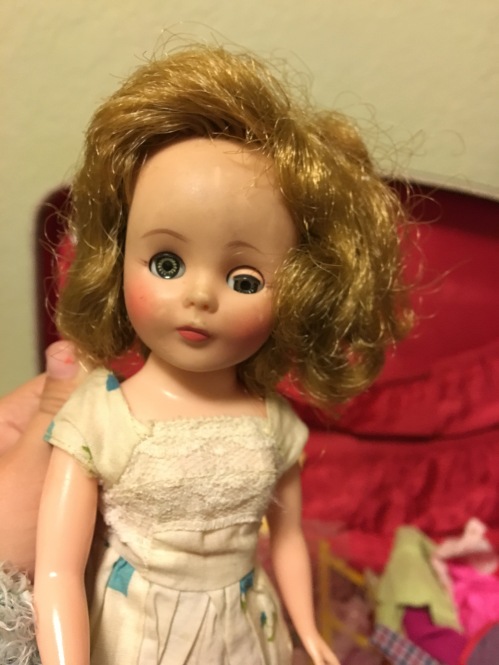 I can imagine waking up at night with this lil’ lady staring me in the face, strangling me… 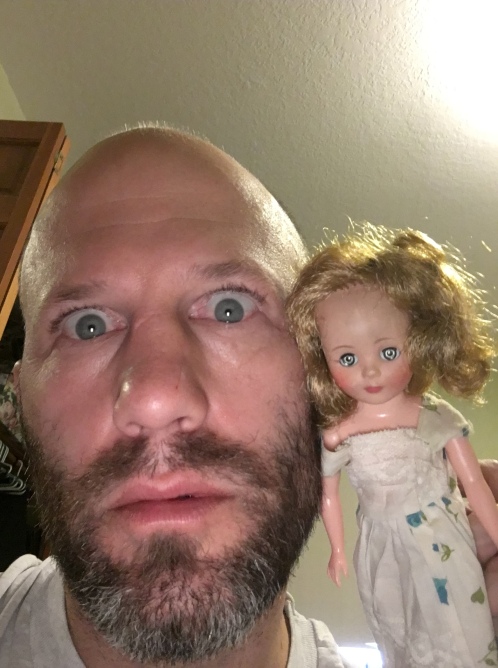 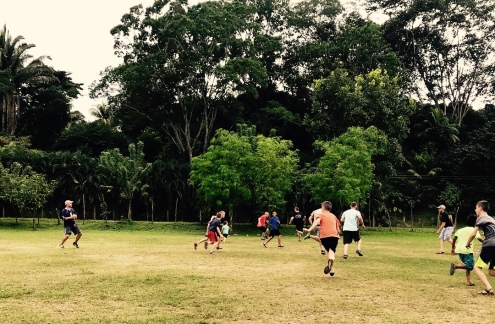 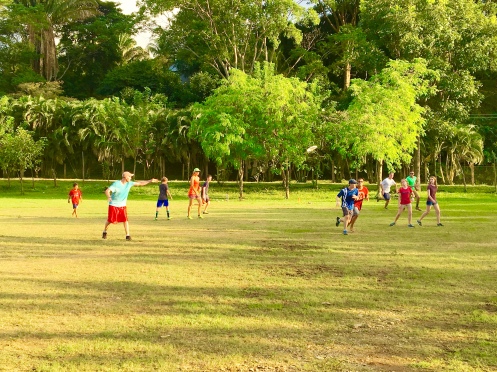 Ultimate frisbee on a Sunday afternoon, at the Children’s center.  Nice toss Kirk! 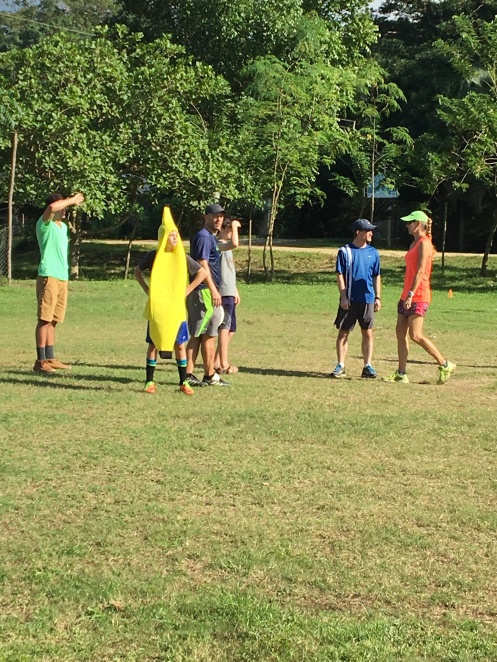 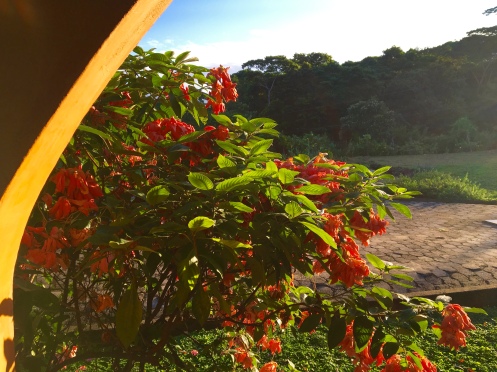 One of our rare recent sunny mornings 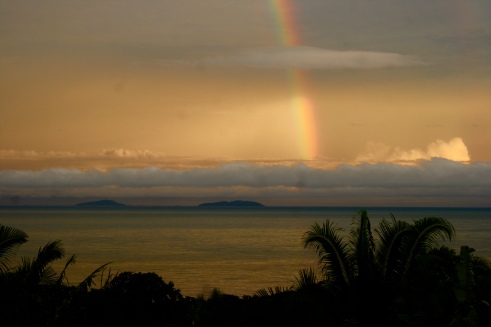 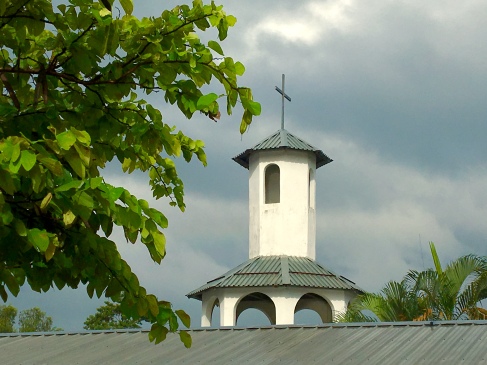 The Hospital, Loma de Luz (Light of the Hill)

Below, if you don’t like spiders, you may not enjoy this one…

Finally, if you’re not a hunting advocate, you may not want to see my last photo.  It’s not politically correct to show dead animals on the internet, but screw that because it’s my blog.

Went to Montana with my family and did some Deer Hunting, had an amazing time.  Thanks Uncle Monte, Pam, and the Montana Moultrays! 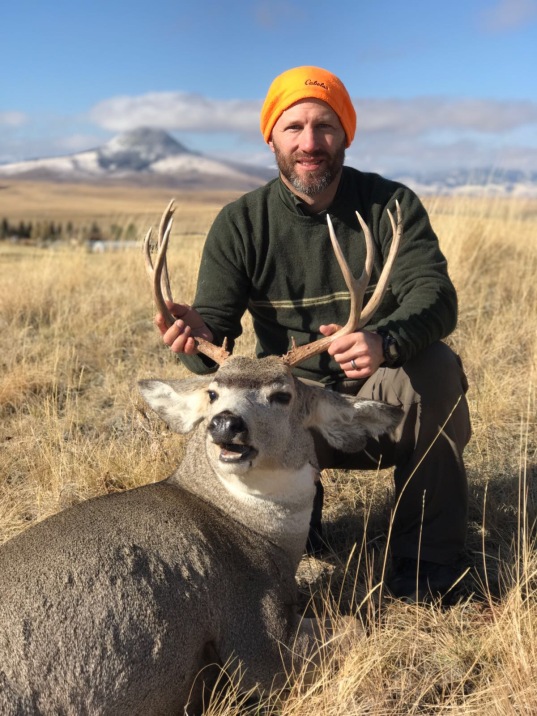 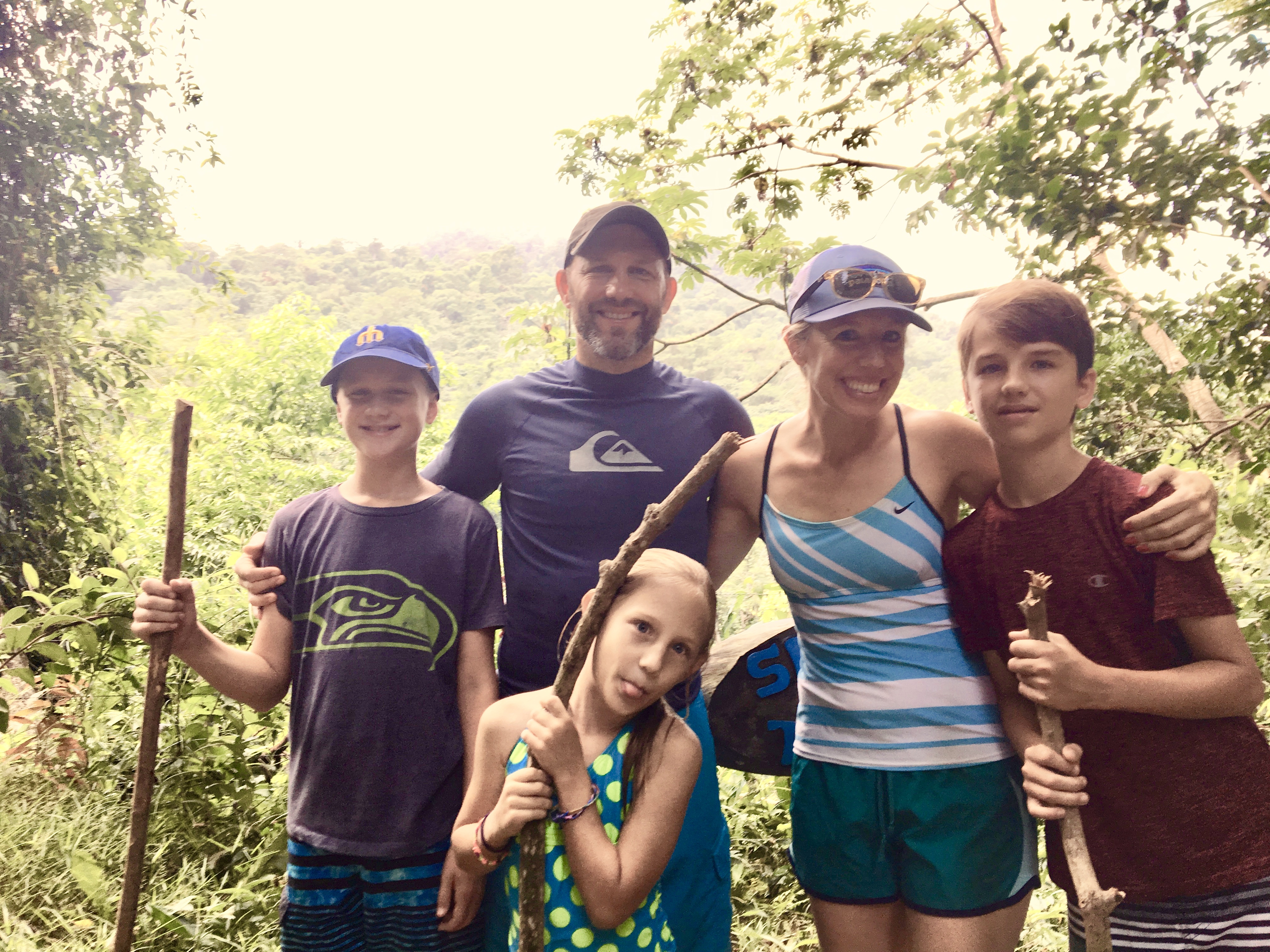