This past week I rounded a corner in the hospital and there was a bit of a crowd assembled.  There was some buzz.  I worked my way forward to see what was going on.  It turns out, it was because of an increasingly common occurrence here at Loma de Luz:  First steps…  The crowd was witnessing a middle-aged gentleman’s first steps with a new prosthetic leg, and it was like he had his own cheering section assembled.  This is a beautiful thing to witness.  Fun to see restoration of function and dignity.  We are so grateful and excited about the new Prosthetics Lab that is up and running at Loma de Luz.

And now, on to this:

The nightmare all started a couple months ago.  I got a seemingly innocuous text from Dr. Alex (name changed, to protect the extremely guilty).  It said something like, ‘Hey man, can you come outside, there is something really cool to see.’  From the start, this invitation smelled very fishy.

I guess to understand this story, you really need to understand the geography of our living conditions.  The mountains of the North Coast of Honduras are quite striking, as they jut abruptly from the adjacent beaches of the Caribbean Sea.  They are steep, severely ravined, and covered in lush jungle. The hospital occupies a lower terrace, and the homes of many of the missionaries dot the hillside as it progresses higher above.  The hospital is aptly named ‘Loma de Luz,’ or Light of the Hill.

Full moon over the hospital

Our home is situated toward the front lip of a large terrace, while Dr. Alex’s home sits 100 meters behind, but on a terrace above.  From his backyard, he has a full view of our home, it’s roof, all of our comings and goings, etc… (I can’t prove it, but I’m pretty sure he is out there, with high-powered binoculars, watching.  Just watching.  All.  The.  Time.)

I’m not sure when it occurred to Dr. Alex, and his squad of sons, that they could take tactical advantage of their position to torment us.  But at some point, a plan was hatched and then implemented.  They purchased a weapon of mass destruction, had it transported to Honduras, and started rigorous training as they prepared to assault us. 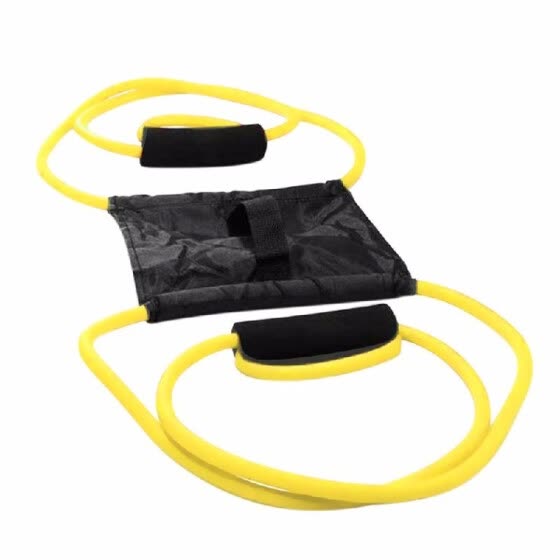 No, it’s not a jock strap, or exercise equipment.  It is a water balloon launcher.

(Ok, I’m sure you were expecting something more violent and climactic, like tear gas or throwing stars;  Malatov cocktails, even.  The reality is, we live in the jungle where the days are long and hot.  It really doesn’t take much to get us excited.)

The first aggressions were very haphazard, and in reality, not very terrorizing.  The missiles were falling far short of their targets (which I believe to have been our heads and genitalia).  However, slowly but surely, their aim improved, and our awareness of the ‘threat’ heightened, to the point of unadulterated FEAR (I mean, annoyance).  Am I going to be struck in the side of the face by a randomly launched water ballon, while I’m in the front yard, admiring the sunset?  Or when I’m throwing the ball with my sons?  Or making out with my wife?  Is there no activity that is sacred?  Will these marauders not give us peace?

Eventually I started waking in a cold sweat at night, with lingering nightmares of shiny pink and purple blobs dropping like rain on us.  And the taunting…  Oh, the taunting.

We eventually resorted to inviting Dr. Alex’s wife and daughter down to our front yard to ‘drink some coffee,’ in the hopes that this would thwart their barrages.  Alas, no.  Their cruel hearts were hardened even against their own kin.  On numerous occasions I held up their 5 year old daughter in front of my person, as a human shield, only to have them strive all the harder to strike me down.

Anyway, after countless days and weeks of similar misleading invitations to come outside and see ‘something cool’, and then the subsequent onslaughts of water-filled projectiles showering down upon us, we finally got fed up.

Operation ‘buy-our-own-water-balloon-launcher-and-have-it-shipped-down-to-Honduras-so-we-can-fight-back’ was born of this oppression.  After explaining our persecution to our eventual accomplice, Dr. Dave Hastie, he was more than happy to be ‘the Mule’ that transported our Amazon.com-purchased revenge.

With the help of Dr. Dave and Dr. Isaac, we planned our retribution.  And so it was that one sunny Saturday morning, we moved our bucket of balloons and launcher into position, below Dr. Alex’s home.   My boys hid on the outskirts of their house in ready position to attack.  We hurled our first balloon high, and it exploded on ‘the Tormentor’s’ roof.  The second one landed on their porch.  A third exploded in the tree in their back yard.

With uncanny reaction time, ‘the Tormentors’ somehow managed to detect our assault, fill a bucket of balloons, and return fire.  My boys then flanked them with hand-to-hand water-balloon combat.  This was effective for a time, until they managed to find a water hose and drive them back.

We entered the grind of battle, and I lost all sense of time and reality, as we launched balloon after balloon.  Sweat ran down our brows as we labored under the sun.  Muscles struggled, cries were heard, teeth were gnashed.  There were great casualties on both sides.  I’m not sure anyone walked away from this without some sort of battle wound.  My son, Will, took one in the side of the face, and I don’t know if he’ll ever be able to grow proper side-burns in the future.  As for Dr. Alex’s crew, I’m fairly certain one of his son’s will never be able to produce offspring (you know who you are…).

I’m not sure who won this battle.  Or if it’s even really over.  I think we all realized, however, that no one really wins in the end, when it comes to war.

When you run out of gunpowder, the war’s over, right?  We need more balloons…

Video of the Day:

Last day tomorrow…  Unless it’s not